We, the citizens of Europe and the world, individuals and activists of associations for protection ofanimals demand immediate shutting down of the shelter for homeless dogs Vardariste, a public institution responsible for humane treatment of stray dogs in the city of Skopje, Republic of Macedonia, because of the years-long abuse of its main function - a humane treatment of homeless animals in order to reduce their number through sterilization and castration.

We believe that the program (catch -neuter-vaccinate-release)is only a façade which hide systematic and large-scale killing of animals in the city of Skopje. Recorded data show that 30% of the caught animals are killed, but the reality is far worse. Situated on an old landfill, the shelter is a forgotten place of terror which is open to the public 4 hours a day (from 10:00h to 14:00h) – time when most people are at work, college or school and cannot visit the shelter and adopt a pet even if they wanted to. Taking pictures of the animals is strictly prohibited, including free movement of visitors inside the object. Volunteers are not allowed in. 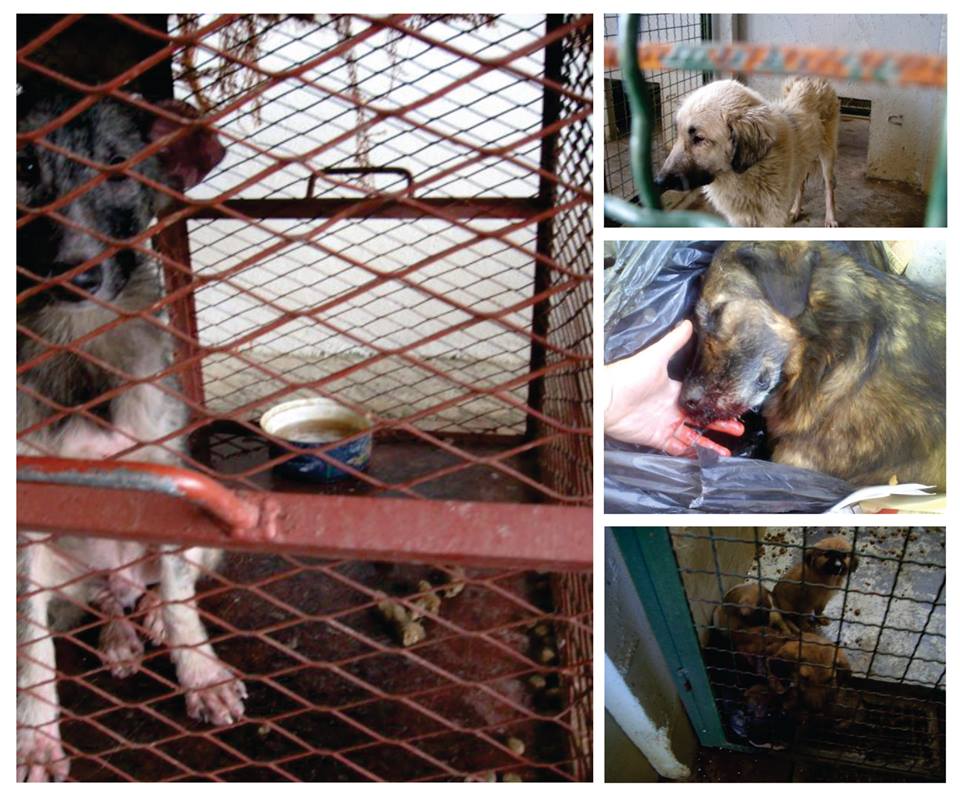 Those who have been inside cannot forget this terrible place and they contribute for the truth to be known and seen. The information, the photos, the impressions of Macedonian citizens, as well as tourists who have visited this place have been circulating for a long time. Therefore, we demand urgent action to close this place where humanity is trampled, an institution that discredits the Republic of Macedonia and Skopje. We have been sending direct messages to the responsible authorities to react quickly in order to stop the unjustified torture and killing of animals, a method which has proved to be ineffective and inhumane. Show some humanity and virtue, responsibility before the Macedonian citizens and the citizens of Europe and the world. Show that you have conscience, show awareness! Prove that you are not participants in the killing. Stop for Vardariste!

1. Vardariste is the only shelter in Skopje, Republic of Macedonia, under the authority of the City of Skopje and the Mayor KoceTrajanovski. It is managed by the public company Communal Hygiene, the director of which is Rakip Doci. For five years now the associations for protection of animals have been demanding for the shelter to be closed. They have been protesting, indicating public reactions and reporting to the competent authorities. Activists obtained support from a number of international organizations for protection of animals, as well as representatives of the European Parliament, who reacted to the institutions of the Republic of Macedonia. To no avail. .

2. Even though the shelter is funded by public money, the citizens` money , it does not permit taking photos of the dogs or the conditions inside, including free movement and free entry. It works under big security and is more like a military facility than a transit center designated for catching-neutering-returning animals on the street and promoting humanity and adoption of dogs.

3. Dogs are killed randomly, for no reason, based on random decisions. The veterinary staff kill dogs as per order. Also, allegedly aggressive dogs are killed without any medical evidence or proof that they have attacked an animal or a person, dogs are killed just because they live on a certain location (where where no dogs are welcome or they bother the residents), 3 -5 year old dogs are killed as old dogs, dogs with healed fractures who function normally are killed, mothers with babies are killed. Healthy dogs are brought to the shelter, but most often they get sick or deformed because of the conditions – and then they are killed. The program adopted by the City of Skopje prescribes implementation of the program "catch –neuter- vaccinate - release", but it remains on paper - officially around 30% of caught dogs are killed, but the real number is much higher. Many people, including us, have witnessed that in majority of the cases dogs disappear literally overnight.

4. The shelter performs catching of small dogs (1, 2, 3 months old puppies who cannot undergo the method provided by the program of the City of Skopje , i.e. cannot be spayed/neutred. Thus, Vardariste operates in contrast to the program of the City of Skopje. At least 80% of those dogs die in unimaginable pain and agony as a result of neglect, starvation and most of all of infectious diseases (parvovirosis and distemper). We have had many cases when we took puppies from the shelter and subjected them to veterinary examination(the experience has shown that 8-9 out of 10 puppies die, although we have provided them with complete veterinary treatment). Willful catching of small dogs that will undoubtedly die in great pain is cruel, illegal and punishable by law.

5. Not only are the dogs continuously exposed to harsh treatment, fear, pain, and discomfort, the shelter is not equipped for operation in winter conditions. It does not meet the standards for humane treatment of dogs (who should be able to have postoperative stay in it) when there is no heating system and the temperatures this winter went down to bellow– 15C. . We emphasize - the dogs are unable to move and naturally warm up, and such temperatures can be deadly for them, especially post-operatively. They ground they are lying on is wet and cold, covered in their own feces and frozen urine they are dying a slow agonizing deaths. Exposure of animals to such temperatures is torture and violation of the Law for Animal Protection and Welfare, as well as a violation of the Criminal Law (Article 233, paragraph 2). The conditions necessary for humane stay and treatment of animals are defined in the Regulations, Article 2 - Technical conditions as in Article 3 –Shelter rooms.

6. The dogs who are staying in the shelter for a longer period of time become starved, emaciated and too weak- a sight you will never see in the streets of Skopje, where there are almost no starving, skinny dogs (due to the availability of food and the care by the local population). If you go to the Vardrarishte, you will see dogs that are emaciated and starved. Animals held for more than one week in Vardariste are exhausted, traumatized, sick, deformed and changed beyond recognition. They enter the facility healthy and vital, and in the meantime they turn into living corpses. When they finally become ill, they are killed.

7. There is no 24-hour veterinary supervision. In December and January there was no veterinary staff at all, but catching of dogs continued on daily basis. The same dogs were disappearing overnight.

8. The Dogcatchers Law is ruling - they decide whether someone will enter the facility or not, they decide whether they will allow someone to adopt a dog. The head of Vardariste openly discourages citizens from coming into the shelter, refuses them entry during open-hours and publicly demonstrates his position and force, as a result of which we have been receiving numerous reactions. Since his assignment to the position, the shelter has been operating in extremely isolated conditions. He abuses his position and works entirely against the principal goal for which an institution like Vardariste exists - humane treatment and promoting adoption of animals. This person does not allow citizens to take their local pets which had been caught from the shelter, he does not allow them even to see their pets, even though well-intentioned people come with IDs and are willing to take/adopt the dogs under their own responsibility

9. The rooms are not adequate neither for stay, quarantine, or post-operative care.

10. The manner dogs are caught is brutal and violent. We have testimonials where dogs were injured and mercilessly dragged as objects. In cases where dogs give resistance, the dogcatchers resort to brutality - they hurt the animals, they very often start bleeding from their mouths as a result of the catching technique, their teeth are pulled out as they try to escape… but the process continues until the dog is caught, regardless of the pain and suffering inflicted.

11. Although the associations have continuously offered help and asked to volunteer, they arekept away from the shelter, and the majority of them are not allowed to enter. The shelter isclosed and silent for all citizens who want to help, know how to help and can actually help. 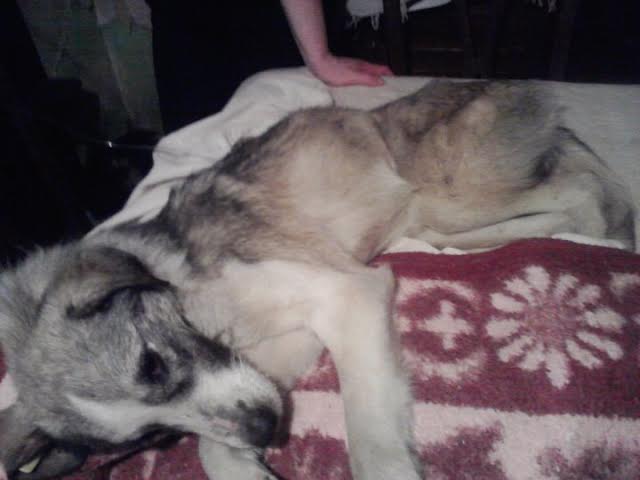 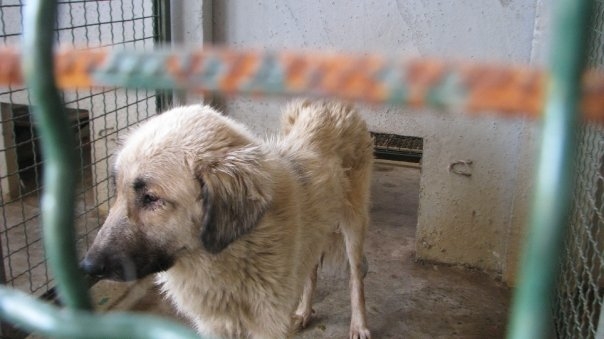 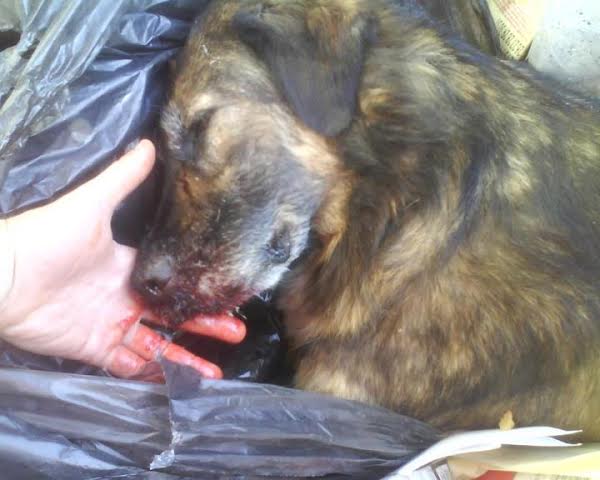 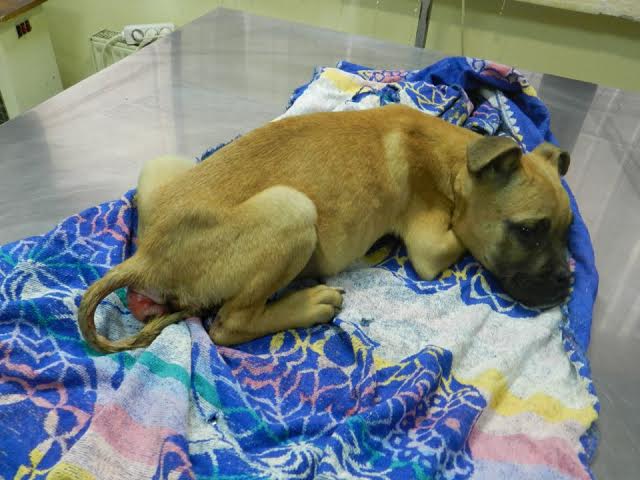 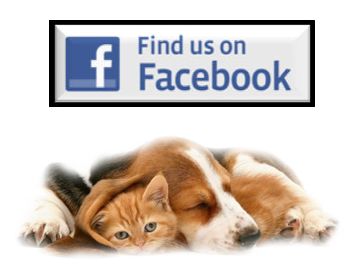